Don’t judge a book by its cover: A clients perspective

Don’t judge a book by its cover

On the face of it *Jenny, 42, seemed to have a good life, and certainly not someone who lacked confidence. She had always held down a good job, was married, had two children and enjoyed the things in life that financial security provided; family holidays, a new car every year and a nice home. However inside Jenny felt that she lacked confidence and had very low self-esteem.

At our first session we explored her life generally and identified the goals that she considered that she had achieved in her life, and those goals, ambitions and dreams she felt she had long left behind as not achievable. During this session Jenny broke down and explained how she felt that she had ‘disappeared’ over the years, she had become a mother, a wife, an employee, a cook, cleaner and taxi driver. The Jenny that was good at art, had had ambitions to be a teacher, enjoyed dancing, and having fun had gone.

She was almost ‘mourning’ this loss and had begun to despise the time that she was having to put into family life, this had been the cause of a lot of arguments between her and her husband and she was finding herself shouting at the children more. Her life felt full with schedules, meetings, and to do lists and there was no time left for spontaneity or fun. She felt suffocated!

During the session we explored a time when Jenny felt she had more control of her life and how that felt. She was able to reflect back to her early-married days before her career took off and the children came along, when Saturdays were filled with lunches with friends and visits to the theatre and Sundays were lazy occasions reading the paper or going out for a stroll to the pub. She felt that this had been a carefree time in her life, a time where she felt the exhilaration of her whole life ahead of her.

When I asked her ‘so what had changed since then’, she said she felt really guilty for saying it, but having the children had turned their lives upside down and everything now centred around the children. She loved her children but also wanted a little bit back of what her and Mike, her husband had had in their early days.

Over the next 8 weeks we explored what was important to Jenny and what and whom she really valued in her life. We explored her feelings about her family and the role she had within it. She loved her family but wanted to feel like an individual again, not a mom, not a wife, just Jenny. We explored her options and identified that one was accepting that the past didn’t have to equal the future and she could start afresh with a new frame of mind.

Often in life we can end up feeling trapped without any options.

The role of coaching is to help clients see that they do have options; they just need to take control of their situation and work towards achievable goals.

Jenny discussed her options with Mike and they came up with a plan of how he would share more of the tasks at home, particularly with the children. Mike was only too happy to help out, as he had often felt excluded from Jenny and the children, as he didn’t fit into Jenny’s tightly held schedule.

Jenny decided to enrol on an Art class once a week to allow herself the freedom to explore her creativity again and Mike was able to spend some quality time with the children, which he realised he had missed.

In the beginning it was hard for Jenny to let go of her schedule, as she feared their lives would come crashing down without the control. After working on this perception for a number of sessions Jenny realised that she hated the way their lives ran like clockwork and felt she was reliving her own childhood, where her mother had ran their household with military precision. She realised that she had started out wanting to give her children the happy and fun childhood she had not had, but somewhere over the years she had lost sight of this and had begun to follow her mothers pattern of behaviour. Over the next few weeks Jenny worked on changing her behaviour and creating more flexibility and fun within the family, and viewed this from her children’s eyes. She felt that everyone had relaxed more and that there seemed to be more laughter in the house. Mike and her had argued less and enjoyed sending more time together.

The situation that Jenny was facing it not unusual, men and women can often reach a point in their 30’s or 40’s where they question where they are in their lives, what is there purpose and where are they heading. Life coaching can be a way of helping people identify where they are now, what they want to achieve and how they are going to get there. Sometimes as they explore these questions it can be challenging, sometimes a revelation or just sometimes confirmation that everything is ok.

Once Jenny had taken the time out during coaching to explore what she did want from her life she realised that she didn’t have to sacrifice her own dreams and goal and there was room in family life for her to pursue her own creativity. Although her life does not run like clockwork anymore and sometimes things go array, she recognises that that’s ok, that’s life. With Mike’s support she has gone on to train to be a teacher and has had a painting displayed in an amateur exhibition. 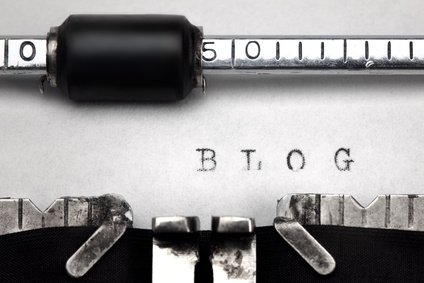